Why switching to an electric car will save you money

One of the biggest benefits of switching to an electric car is the promise of lower running costs.

And with the prices of petrol and diesel spiralling in recent months, the low cost of home charging, as well as the government plug-in car grant (PiCG) deduction and zero-cost VED (road tax) has made EVs even more tempting for drivers in 2022.

Likewise, if you’re a company-car driver, you can make a substantial saving on your annual tax bill thanks to the low Benefit-in-Kind tax rates on zero emission electric vehicles. So, whether you want an EV for private or business use, there’s never been a better time to make the switch and save money.

In this guide, our EZOO team breaks down all the important ownership numbers to help you make an informed decision on making the switch to an electric car.

WHICH IS CHEAPER TO RUN, PETROL OR ELECTRIC?

When it comes to day to day running costs, the debate of whether an electric car is cheaper to run than a conventional car has been a huge source of discussion in recent years.

But with an array of new and more efficient EVs now on the market, and a greater number of charging options, the numbers are clear – whichever electric car you pick, it will cost far less to run than a comparable petrol or diesel model.

The biggest potential saving when switching to an EV is of course the reduction in fuel costs.

This will vary depending on the model you choose, but on average, you can run an electric car for around a quarter of the cost of what you’d spend on fuel for a conventional petrol or diesel.

At the time of writing, the average fuel cost to drive 1,000 miles in a petrol-powered Volkswagen Golf hatchback will set you back around £140. Compare this to an electric Volkswagen ID.3, and the cost to cover the same distance drops dramatically to around £45 if you charge at home.

Even if you have to use the public charging network to charge up, the cost is still very affordable – with prices being around twice as much as home charging, with a 1,000 miles costing around £90.

Add these costs up over a year and an average of 8,000 miles in a VW Golf would set you back over £1,100 at the pumps each year. While the electric VW ID.3 would only add somewhere in the region of £350 to your electricity bill.

Thanks to a greater number of EVs on the market, the cost of insurance has gradually come down.

As EVs have become more common with a vast number of new models available, they are now considered much the same as any other regular car. This means the cost of repairing them has come down – not least because they are mass produced – and recent research also suggests that EV drivers are among the safest on the road. That’s two key factors that have helped reduce the cost of premiums.

With that, new research even shows that EVs generally cost between £100 to £200 less to insure than an equivalent petrol or diesel model. According to insurance comparison website GoCompare, the average cost of insuring a Nissan Leaf was around £395, while owners of the smaller and cheaper Ford Fiesta were charged around £550 for their yearly premiums.

As well as lower running costs and insurance, EVs are also cheaper to service and repair. This is thanks in part to their straightforward electric powertrains that feature far less moving parts than a conventional engine – meaning there are no oil changes, spark plugs or expensive turbochargers to worry about.

Even wear and tear items such as brake pads and discs last longer on an EV thanks to their regenerative braking systems. This system spins the electric motor backwards as you take your foot off the accelerator, sending energy back to the battery while slowing you down – a feature that means you’ll use the actual brakes less, so they’ll last longer.

But exactly how much cheaper is EV servicing compared to a conventional car? Using the electric BMW i4 as an example, this would cost you £15 a month for a 3-year service plan.

Whereas if you opt for a petrol or diesel BMW 4 Series Gran Coupe, the monthly price increases to £25 a month over 3 years – around 40% more expensive than the equivalent EV model. 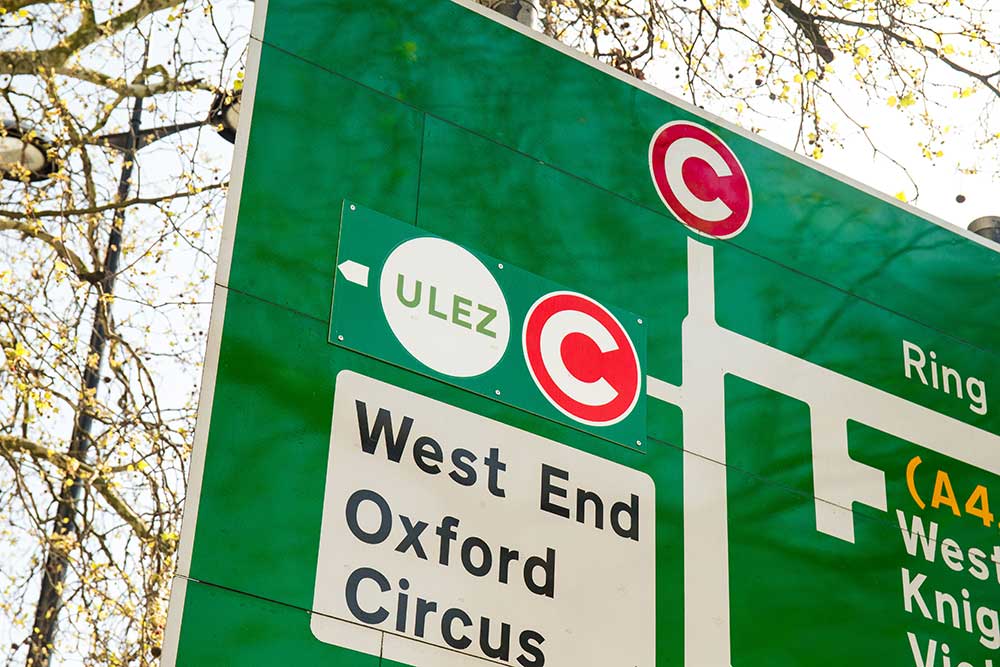 With a number of cities in the UK introducing low emission zones (LEZ) or clean air zones (CAZ) in recent years, driving an electric car means you’ll be exempt from paying any of these charges.

Currently, there are zones enforced in London, Bath and Birmingham – so if you drive an electric car into any one of these cities, you will be exempt from the daily emissions charging.

In London, the Congestion Charge is enforced alongside the Ultra Low Emission Zone (ULEZ) charge. This means that if you drive a car inside either zone that does not meet the emissions standards, you’ll be on the hook for £15 for the congestion charge and a further £12.50 for ULEZ – bringing the total to an eye-watering £27.50 per day.

It’s also worth remembering that if you intend to drive your EV into London, that you’ll need to register your car with Transport for London (TfL) to qualify for any exemption.

CAN I STILL GET THE PLUG-IN CAR GRANT (PiCG) DEDUCTION?

While electric cars have previously been more expensive to buy than their conventional petrol and diesel counterparts, the price gap has narrowed greatly in the past two years.

This is thanks to several factors, such as the reduction in the costs of producing EV batteries and electric motors, and also that there are more electric cars on the market than ever before. In fact, in the past two years more new EVs have been introduced than in the decade prior (2010-20).

Yes, in some cases EVs do still cost slightly more to buy than a conventional car, but to encourage driver’s to make the switch, the UK government offers the Plug-in Car Grant (PiCG) deduction.

The PiCG incentive scheme is set to run until 2023, and it offers a subsidy off the list price of a new electric car.

Despite the introduction of the lower price cap, there are still a huge range of great models to pick from including the Citroen e-C4, Peugeot e-208, Fiat 500 electric, Honda e, Hyundai Kona Electric and the MG 5 EV.

If you’re a company-car driver, choosing an electric car on one of our business Pay As You Go Deals will save you thousands off your tax bill. This is because the Benefit-in-Kind rates for EVs are far lower compared to a conventional car, as part of a government incentive to encourage business drivers to make the switch to an EV.

But if you switch to an electric car, how much can you save? Well, the answer is thousands of pounds.

For the 2022-23 tax year, all zero emission electric cars are taxed at a BiK rate of just 2%. In contrast to this, some conventional petrol and diesel powered models sit in the highest 37% BiK banding due to their emissions figures. Meaning that switching to an electric car will make a huge difference to your annual tax bill, so there has never been a better time to go electric.

To give you an example of how much you can actually save, we’ve compared a pair of SUV models that are popular with UK drivers.

Our first pick is the petrol-powered BMW X3 xDrive20i M Sport. It has a list price of £46,005 and CO2 emissions starting from 175g/km – placing it in the highest 37% BiK banding. Due to this emissions figure, the X3 has a taxable benefit of £17,021, meaning a total annual tax bill of £6,808 for a higher rate taxpayer – a figure that we are sure you’ll agree is a sizable amount.

For fairness, we’ve picked the electric BMW iX3 for this comparison, as it’s essentially an X3 with an electric motor instead of a petrol engine. It does have a higher list price of £60,970, but it does offer the same practicality and technology as its petrol sibling. However, thanks to its 2% BiK banding, the iX3 has a taxable benefit figure of just £1,219. This means a tax bill of just £488 a year – representing a colossal saving over the petrol X3.

So there you have it – switching to an electric car really can save you money. Start your electric journey now by signing up with EZOO.

To find out more about any of the cars listed above, please visit our Browse Cars section, or contact us by sending an email to hello@electriczoo.uk.